Yes! Okay! is affirmation of my heart,Yes.Kay! 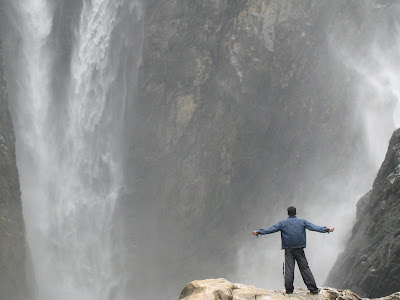 Literally t-h-e-s-e l-e-t-t-e-r-s combine and make a ‘word’,in the hindsight is a imagery of L-O-V-E which comes from heart in the soul. Narrowing down on Yes.Kay,is this heart from the deepest bottom. Like the rain kissing the earth and in reply the earth takes in all the rain,they just don’t need introduction. The essence is always there,only at some end of life,you get to experience such relation of ‘two-bodies-one-soul’ thingo. One such relation is ours. Rarely did we spent time together,but guess what we have an intimate connection fluxed in the souls. Maybe because of the same wavelength or the depth and intensity of love we share. Just inexplicable . Lucky ,blessed and gifted to be a part of such lovely relation,though related by nothing cuz there’s no ‘WE’ in ‘I AM’. ;)

Come what may let’s face it is what my inner voice keeps ringing whenever the thinking ,talking is about him. Highly influential person,positively influential to the core. I bet once you get to know him,even when you hear or see him,you can’t help but be heavily inspired and motivated. Those enthusiastic mix of innocence in him is what makes him say that he can melt the universe just with LOVE. “It’s either highway or his way,as he says. But he must know that whether it’s his way or other way,it’s always highway,for the persona that he is.

People get drowned and depressed because of overlooking what opinion the society holds upon them. He’s opposite pole of that,never lets others’ dogma in him,he’s truly himself,expressing,loving,dancing,singing,enjoying,giving and living. Society terms winning/losing as success/failure . but guess what,he gives a damn about that and moves on saying “You just have to keep the ball rolling and living you life to the fullest. As long as I’m into something,I’ll give everything I’ve till me last breath until I’m satisfied. Results? They don’t matter,cuz I know I lived those moments completely like no one ever could”. 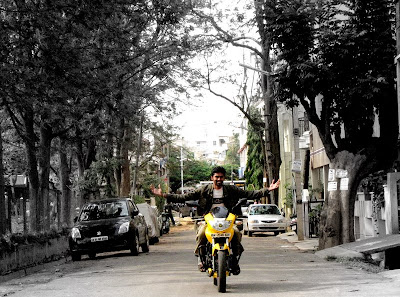 So it’s obvious that he doesn’t have any negative traits attached with him,when that child-like innocence is keepin’ him alive and fresh. He’s like a freshly flowered lotus in the morning,so pure,so serene and sooooo beautiful,even when the surrounding is clay,he makes it into a pot and drinks water.

“I love admiring life,
I love love,
When the love is you,
Filled with life,
I love and admire you,
For the life in me is you.”

He instantly connects wth people,the reason is everyone loves to be someone that they wish to,but he’s a living example as that ‘someone’. You don’t get rid off an instantly hummable tune,do you? That sorta humming will be your breathe,when he’s in(around) you. Never and ever throws moonlight for that he always tries to shower some sunshine he’s got in him. Life is not merely existing,it’s about never putting off living . He lives,lives so beautifully every moment putting a smile on people’s face,even when they think about him. Like I am doing now.

The world is not how it’s,it’s how one looks into it. He looks into it with so much care that he can’t even reflect a bit of anger towards others. Trust me,you’ll never introspect your perspective when you see him,it’ll be good or else he’ll make you to think good with whateva perspective you’ve got.

One sees grace and divinity spontaneously wherever he goes only when one has no inhibitions,no expectations en route no frustrations and no tinge of ego in him. He has that and he sees that eternal spark which fills him with lots of life. In a so called fast-paced world,where materials get the fine treatment ,he stops you and hits you hard with love in him and makes you to respect the souls around you. 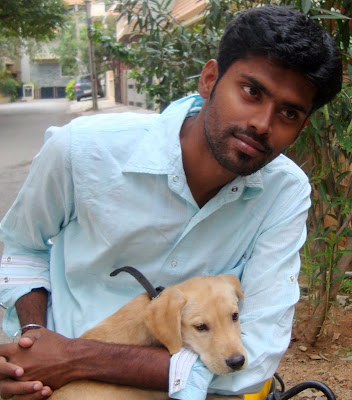 More significantly , he accepts ‘you’ as ‘you’. There’s nothing called partiality embedded in him,he sees soul in everything rather everyone ,be it a six-sensed human or five-sensed animal,pardon,he makes that six with his love. 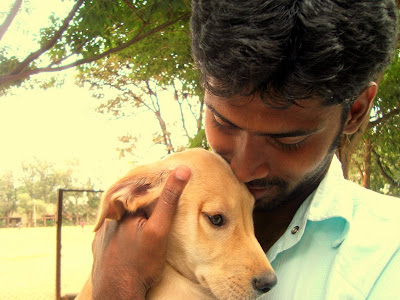 Love is not in words,it’s through expressing,caring and living. You’re like a high octave AR pitch bro,it’ll give you no option but to fall in complete love with it. On a spring season,he’s like that last leaf in a tree which seldom leaves its root interconnected by branches. It might fall,but will rise again on another rainy season from the ashes,for what? For giving all the fruits that it has got,it gives and gives.

“A prayer from the origin of soul,
Never so divine and pure as this
To bless you with smiles always,
Not to make you happy,
But to make others happy,
Cuz that’s where your happiness is” 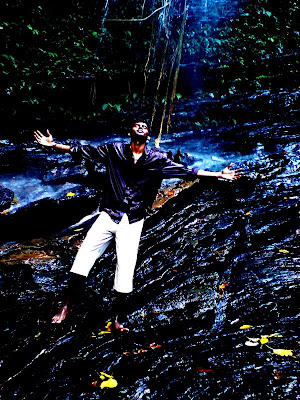 “LOVE YOU” senthi na,I really do,till this breath holds me tight. Make L-I-F-E proud with all the L-I-F-E you’ve put into your soul with L-O-V-E. Yes! Okay! Is symbolism of affirmation. But for me,it’s the affirmation of my heart,Yes.Kay!!

Sathya
A person who wakes up with absolutely no regrets for what he did (it already happened,so why to regret on the past,which kills the future present of past),a human who loves when people loves hating the hatred,a guy who doesn't like to wallow in mediocrity, a soul which loves both hardship and happiness, a being who's open to the broad-minded human nature and another derivative of mother,Nature.

I'm Starting With The Man In The Mirror

I'm Starting With The Man In
The Mirror
I'm Asking Him To Change
His Ways. . .

And No Message Could Have
Been Any Clearer
If You Wanna Make The World
A Better Place
Take A Look At Yourself, And
Then Make A Change-MJ. Heal The World
Make It A Better Place
For You And For Me
And The Entire Human Race.. 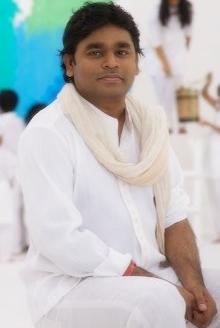 L-O-V-E is All,Love is all.You need a mind open to possibility, conditioned to love the creative spirit we all have inside ourselves..It's a cliché - but true - that life is not a dress rehearsal. You get to do it once, so do it well. 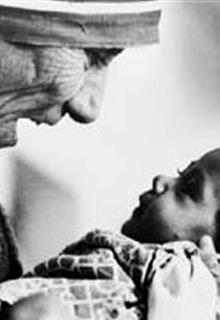 Joy is a net of L-O-V-E by which you can catch souls. A joyful heart is the inevitable result of a heart burning with love. 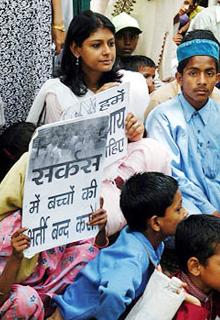 I think every individual as a human being, to make their own life better and to create a world we live in a better place; I think one has to do something which is more meaningful. It also makes one’s own life more meaningful. If you want to see a change in the world, which we all want to, we have to be part of the process, we can’t wish it without being part of it. Whether you are a man or a woman, it’s important that we do something that is beyond our self interest. 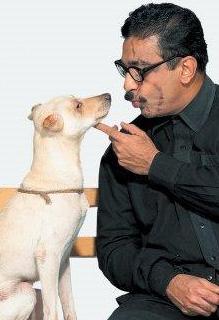 L-O-V-E is God. He who loves has no end,life expands as like the expansion of heart. 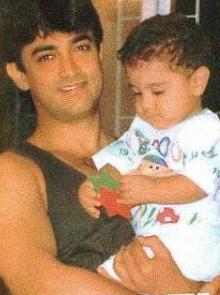 “When and if my son Junaid is asked the question, which religion do you belong to; I’d like to teach him to reply, “the H-U-M-A-N race”. 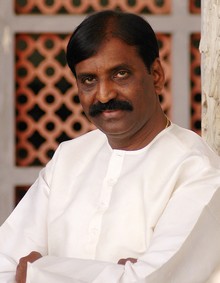 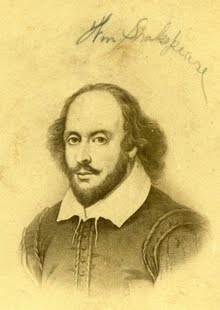 L-O-V-E goes toward love. ...Love is not love Which alters when it alteration finds, Or Bends with the remover to remove. O, no! It is an ever-fixed mark, That looks on tempests and is never shaken. It is the star to every wandering bark, whose worth's unknown, although his height be taken. 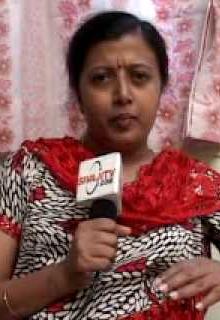 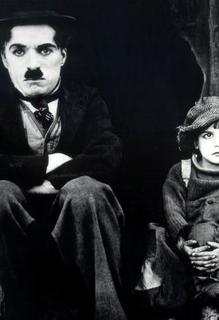 L-I-F-E is a beautiful, magnificent thing, even to a jelly fish. To live in order to reason or reason in order to live; there is the question. 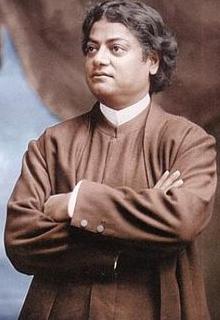 All L-O-V-E is expansion, all selfishness is contraction. Love is therefore the only law of life. He who loves lives, he who is selfish is dying. Therefore love for love's sake, because it is law of life, just as you breathe to live. For love is meant to be free, you cannot change its nature. If there are people you love, allow them to be free beings. 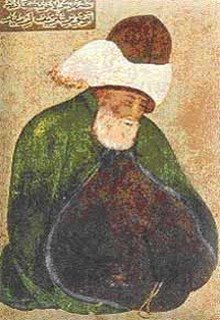 L-O-V-E is reckless; not reason. Reason seeks a profit. Love comes on strong, consuming herself, unabashed. Yet, in the midst of suffering, Love proceeds like a millstone, hard surfaced and straightforward. Having died of self-interest, she risks everything and asks for nothing. Love gambles away every gift God bestows. Without cause God gave us Being; without cause, give it back again. 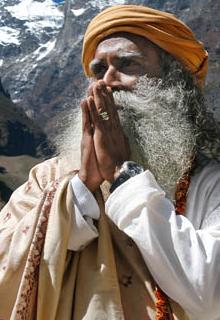 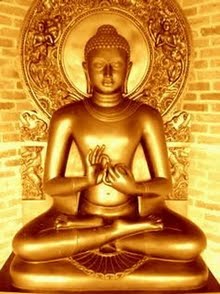 L-O-V-E is the eternal rule of ceasing hatred. Life has a great need of the presence of love, but not the sort of love that is based on lust, passion, attachment, discrimination, and prejudice. 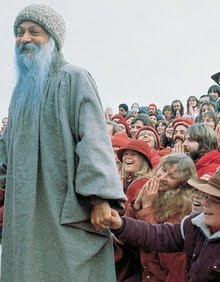 Lovers end,L-O-V-E continues..Love is never a relationship; love is relating. It is always a river, flowing, unending. Love knows no full stop